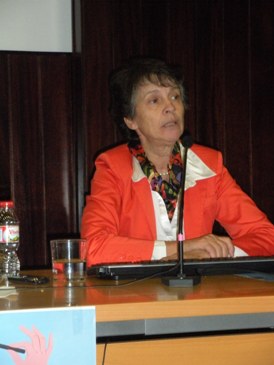 ‘Social innovation cannot ‘substitute’ for the public provision of social services, it must accompany it’

The crisis has increased three major trends that we have been experiencing for the past 20 years in the welfare state: reduction of public funding, liberalisation and outsourcing, and, finally, devolution of authority from national to local governments. Which do you think will be the next stage in the next years in this context?
It is obviously going to be a further cutting of public expenditure, which will also affect the other trends. And this is inevitably going to increase social and territorial exclusion. Because of the crisis, municipalities – which are the state level chiefly responsible for organizing and delivering social service in most European countries – have increasingly less resources to draw on, whether these resources come from their own local taxation or they are transfers from the central or regional governments. And, of course, the amount of available resources depends very much on the type of administrative devolution, that is, the level and articulation of fiscal autonomy. But, even when there is fiscal autonomy, the crisis involves increased territorial differentiation. Let me refresh this point. You can have regional devolution of authority in social services, with the state keeping control over service standards and redistributing public resources to regions according to regional needs, or you can have full regional devolution giving both authority on social services and fiscal autonomy to regions. In Italy we have now a mixture: devolution of authority without fiscal autonomy and without national standards. In Spain, some regions have fiscal autonomy, while others depend on transfers from the state. The crucial point is how much ‘redistributive’ is the system: rich regions are always better off, since they have more own resources to provide good services, whereas poor regions are strongly dependent on transfers from the central state. Generally speaking, fiscal autonomy without forms of central state compensation tends to increase territorial disparities, especially in social services, a domain that is a key component of citizenship. In the end, the current crisis and related cuts in public social services are affecting the citizenship of the poorest social groups and places.

Do you believe that liberalization and privatization increases the efficiency and competitiveness of social services?
They could. In places where the state maintains a strong regulatory and monitoring role – such as, for example, in some Northern countries – the entry of private providers has contributed to increase consumer choice and a better tailoring of services to increasingly diverse needs. But I believe that the profit motive is contradictory with the universalistic aim of social services. What I’m trying to say is that diversification and customization of services in the private market works better for the rich than for the poor.

When you say stratification, what do you mean?
‘Stratification’, in this case, means that the (private) supply of services is articulated in different layers of quality, directed to different social strata of users, mostly based on ability to pay.

You say ‘social services are an important vehicle of social sustainability’. Currently, some experts claim that sustainability of this system is collapsing. Do you agree?
Yes, of course. Solidarity is disappearing. Solidarity involves redistribution. It is the basis of progressive policy and politics. And I think it is really just disappearing. I think there are mounting trends towards egoism and exclusion.

Could you tell me an example of social innovation that is taking place today in Europe?
There are many examples of successful social innovation in social services throughout Europe. The definition of social innovation in social services I provided in the article you mention stresses that, in addition to satisfying unmet social needs, giving voice to people, and changing power relations in terms of more democratic governance and participation to decision making, the ‘sustainability’ of social innovation itself must be ensured, beyond the innovative moment. What I stress there is that all successful innovations in social services integrate resources and initiatives from above (public funding, public regulation) and from below (civil society mobilization, community initiatives, third sector). An interesting set of initiatives that are emerging in Italy concern the ‘regularization’ of the ‘badanti’ phenomenon. The ‘badanti’ – care-givers – are immigrant women privately hired to take care of the elderly at home, 24 hours a day. They are generally illegal immigrants, with irregular and exploitative working agreements. A similar phenomenon characterizes other ‘familistic’ systems, such as Spain or Greece, but also ‘liberal’ models, such as the UK. These women are isolated, they have not rights, they are underpaid, they are often untrained and even when they acquire skills on-the-job, this is not recognized. In Italy a number of local movements and organizations are emerging, that are trying to bring together these women and to improve their working conditions, also lobbying for better legislation, such as ‘targeting’ existing public vouchers for the elderly.

Finally, some politicians in Spain say that people have thought that everything was free and we have had a very high dependence on public social services. Are you in agreement with this statement?
No, I don’t.  We are discussing now in Europe what the United States have been discussing 30 years ago, when Reagan was elected. The argument of the Republicans and neo-liberal scholars at the time in the US was the same of Europe today: unemployment benefits and social services create dependency and form lazy people. I think that in many regions of Europe – including Spain and Italy – there is ample room for reforming and improving the public social service system, to reduce bureaucracy and increase effectiveness. But this does not mean we should ‘throw the baby out with the bath water’. I definitely do not think that free social services or unemployment benefits create lazy people.

You can find out more about which cookies we are using or switch them off in settings.